5 Things to Consider BEFORE Building Your App

The software world is always evolving. In the past five years alone, things have changed dramatically in this space.

When I first started out, there were very specific ways that apps had to be developed (like Objective-C and Java). There weren’t really many choices available.

But today, you have plenty of options. There are templates, components, frameworks, hybrid apps—lots to consider. How can you decide what’s right for you?

As someone who has been through this process countless times, I always have this conversation with my clients before we start building anything—I try to drill this into their minds.

I’ve identified the five most important things to consider before you start mobile app development. I’ll go over all of the different options at your disposal to ensure that you select what’s right for your business and project. 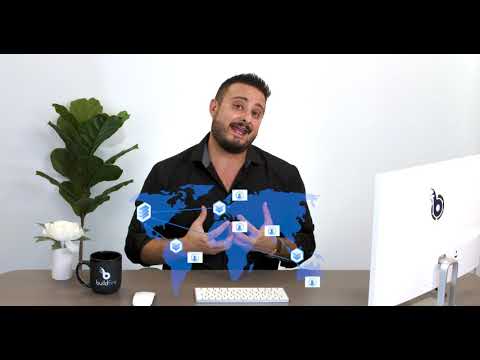 This is the first thing you need to figure out from the beginning.

What platforms will your app be available on? Obviously, you’ll want to put primary emphasis on Android and iOS, since these are the two most dominant.

Globally, Android reigns supreme. The research displayed in this chart says it all: 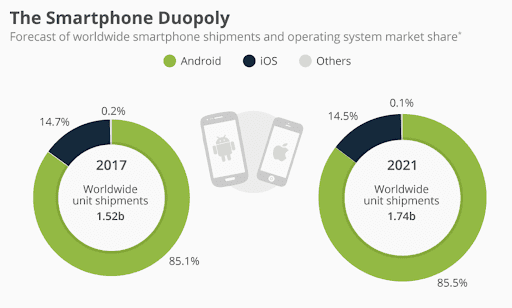 But here in the US, it’s much closer to a 50/50 split. In fact, iOS controls 44.8% of the US market share, according to PCMag. Either way, you’re going to want to build an app for both.

However, you’ll also need to consider the devices that your apps will be used on—in addition to the platform itself.

Each operating system has smartphones and tablets. Android tablets and iPads are not the same. This information will sort of give you a different dynamic of how you build your app since the specs and dynamics of each device is different. For example, devices with larger screens might not have as many limitations as a smaller smartphone.

You should also be thinking about PWAs—progressive web apps.

More and more people are going to be accessing your mobile app and the web from their smartphones. PWAs offer an easier barrier to entry for whenever someone is exploring your product.

Another advantage of building a PWA is the ability for people to stumble upon your app via Google search.

If someone is browsing on their phone and searching for something on Google, a PWA will allow them to enter your app directly from the browser. They can engage with it, either fully or partially, depending on how it’s built.

While they’re trying it out, you can give them a prompt offering a more native experience, which would require a download. This is definitely something that you’ll want to think about and consider.

What team do you want to build your app? Most people don’t realize that they need more team members than they initially anticipated. That’s one of the reasons why software development is expensive.

As we said before, we need to build an app for both iOS and Android. These apps will be written in two different languages. So you’ll need an iOS developer and an Android developer.

You might find a developer that can actually do both, but I would advise against that. Why?

If you have one person building two apps, it will just end up taking double the time. Alternatively, you can have two separate developers working on it simultaneously. It will cost you the same amount of money, but you’ll get to market much faster as they work in parallel to each other.

Even if you opt-out of the PWA route, you still need to host your app data somewhere in the cloud. What does this mean?

Unless your app is something super simple, like a calculator that only requires a quick function and nothing else, you’ll need to make sure that your data resides in a secure and scalable location in the cloud.

A calculator or a flashlight app doesn’t have data that needs to be saved anywhere. There’s no communication between users or anything like that. But most apps will be much more complex than that.

For example, when your users register after downloading the app, where do their usernames and passwords go? It doesn’t stay on the devices. Everything is stored on a database somewhere in the cloud. When users communicate with each other, give you ratings, and when you release new updates, all of this is hosted in an infrastructure in the cloud.

So you’ll need a full stack web developer to create this infrastructure that you need with the API so that your mobile app can access the data. 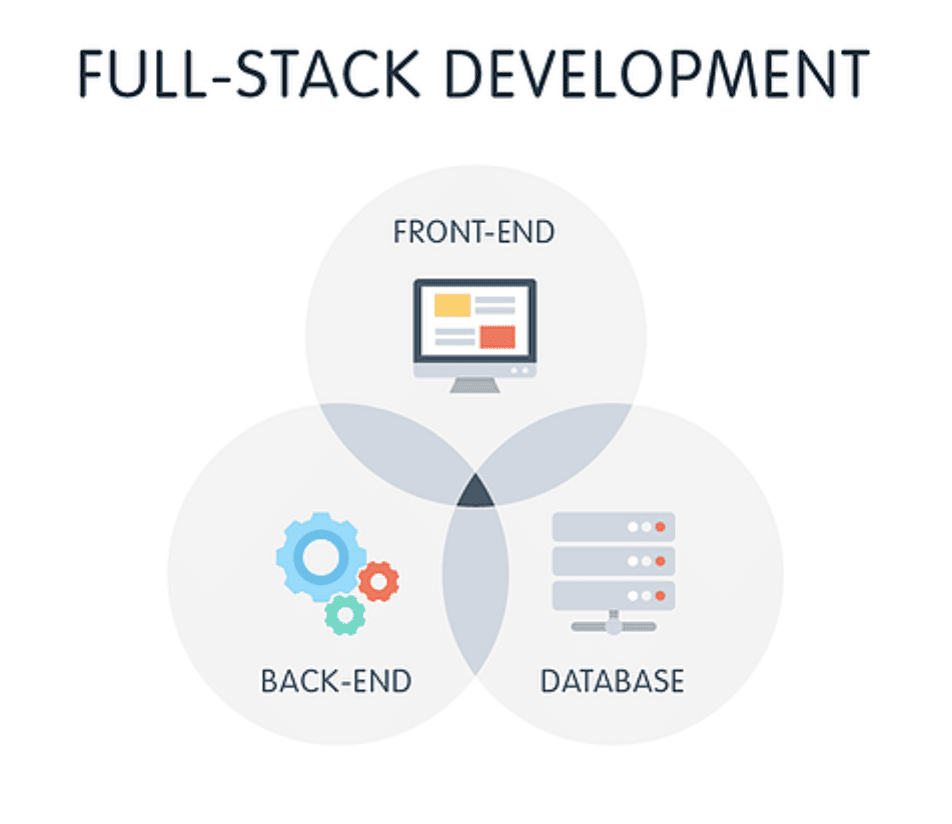 You’ll also need a designer on your team to make sure everything looks good.

Eye candy is the biggest selling point for most apps. It’s not necessarily always about the app functionality. If it looks pretty, it will engage with your user-base, which is extremely important—especially in such a competitive landscape.

Your app development team needs a QA person as well. Their responsibility is to make sure that the software is properly tested. They run testing on multiple browsers, devices, and operating systems. Whether it’s the backend infrastructure or the app functionality itself, the QA has to cover all of your bases.

Last, but certainly not least, your team needs a project manager. You can do this yourself or hire someone else. The project manager ensures that the team is hitting their deadlines, oversees the entire project, and holds everyone accountable.

So in the end, your team will be at least six people—three developers (iOS, Android, web), a designer, QA person, and a project manager.

You’ll also need to consider where your app is being hosted.

We’ve already established the fact that a member of your team needs to build this infrastructure. However, they’re probably not going to do it on some servers in your office; unless, of course, you’re still living back in the 1990s (but I do not recommend that).

What you need to do is partner up with a hosting service that can host your app and its infrastructure.

These are the three most important components to look for when searching for the right hosting service to meet the needs of your app.

This piggybacks off of my last point. Why would you build servers in your office if you can just use an existing service to host your app? It makes no sense.

That’s not the only thing you can leverage. There are plenty of other existing services that are currently out there. Use those to your advantage when you’re building an app.

So before you go out and try to build these services and solutions from scratch, make sure you shop around to see if there is a service that already exists. This will save you money and time; it’s much easier than reinventing the wheel.

In addition to existing services that you can leverage, there are also existing mobile app development tools. Make sure you consider all of the tools available at your disposal before you start building anything.

Just like we talked about with the existing services providers—shop around before you begin.

There are lots of tools out there that will help you build an app from scratch. From templates to components and designs, all of this stuff is out there. You can just purchase the tools and use them on your own.

This will drastically speed up the app development process and give you more time to focus on the business logic that makes your app different from others on the market.

Another thing to consider within this category is a hybrid mobile app development platform. These services allow you to write code once, and the app will work for iOS, Android, and PWAs. 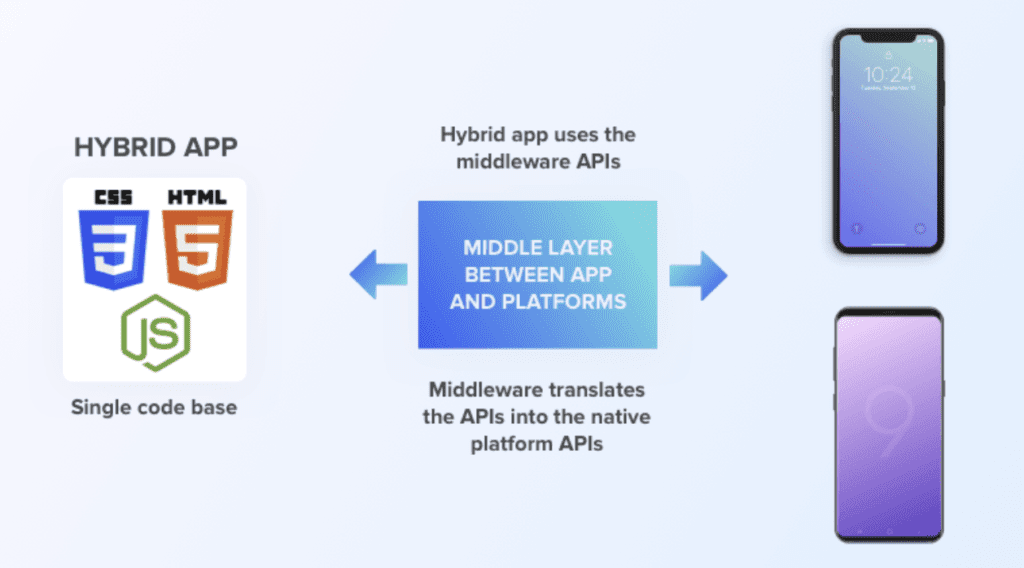 So one app won’t be leading while the other two just follow. With traditional app development, it’s common for a new feature to get released on iOS, and then a month later it’s released on Android. Then another month passes before it’s released on the PWA.

With hybrid app development, you just develop it once, and it’s out there.

Now, you may ask yourself why everyone isn’t working on a hybrid app. The truth of the matter is this; it’s not the best option for all apps. If you’re developing the next augmented reality app or something that needs a really high frame rate, like a game, hybrid apps won’t be ideal. But it will still work if you choose to do so.

The last toolset that you’ll want to consider using is rapid app development.

These are tools that are a step above hybrid apps and give you the ability to quickly develop an all-in-one single IDE (integrated developer environment).

This allows you to build systems rapidly (as the name implies), host them, and get everything to market as fast as possible.

There are lots of systems out there that provide this type of mobile app development platform. But to me, BuildFire is going to be your best option. Why?

It has tons of out of the box functionality that you can use, without having to code anything whatsoever. 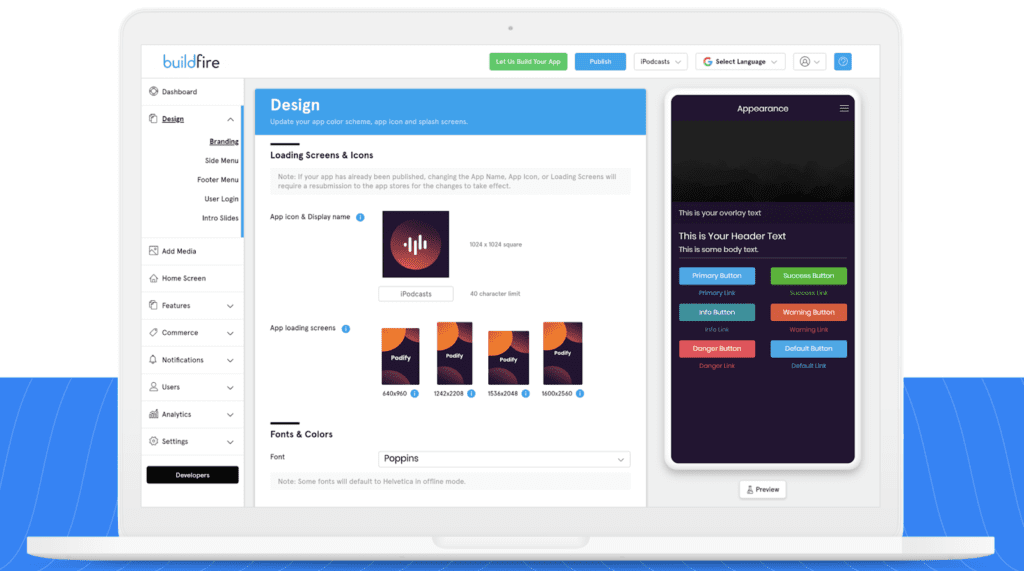 Plus, if you want something very specific to your use case and need custom development, you can get your developers to work on it using code that they already know.

If you compare this to other mobile app development platforms out there, you’ll see that they just don’t stack up. While other solutions might be good, you still need to learn them first before you’re able to actually build anything. Other tools don’t really have out of the box functionality either. Those platforms are more like rapid app development tools that you still need to be a developer to work on.

So make sure that you find the existing tool that’s best for you and your situation.

Starting a mobile app development project is exciting. While it can be tempting to just dive right in, there are certain things that must be taken into consideration first.

Before you begin, remember these quick points and pro tips:

From templates to components and rapid app development tools like BuildFire, make sure you take a good look at all of your options to see what’s right for you and your company.

Instead of doing extra, unnecessary, and expensive work to build every component of your app from scratch, leveraging tools at your disposal will be much easier. It will keep your costs down and ensure that your app is built as fast as possible.

I hope you found this information helpful. Continue to use this as a resource if you’re thinking about building a mobile app. Good luck with your next development endeavor!

Daniel is the CTO, COO, and Co-Founder of BuildFire. Throughout his career, he successfully launched and scaled five companies in the tech space. Daniel is an operations and systems specialist with 20+ years of experience managing and scaling lean startups.

More from the blog

The 5 Ways to Build a Mobile App

What to Expect from a Mobile App Development Platform

8 Steps You Must Take Before Starting Mobile App Development

How Much Does Mobile App Development Really Cost?